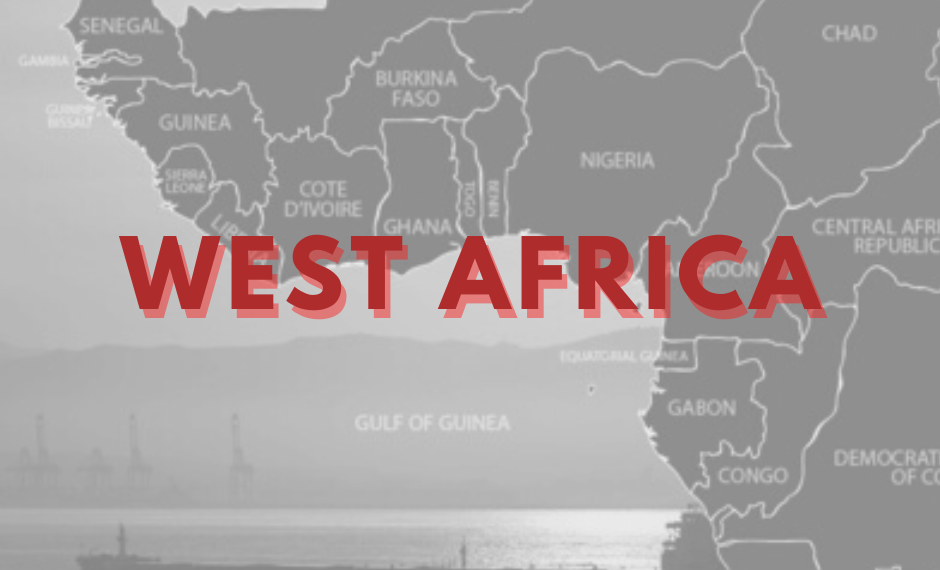 UTC MDAT – GOG confirmed that on the 23rd of June 2022, at 1530 UTC, there was an
increased threat of piracy activity in the following area. 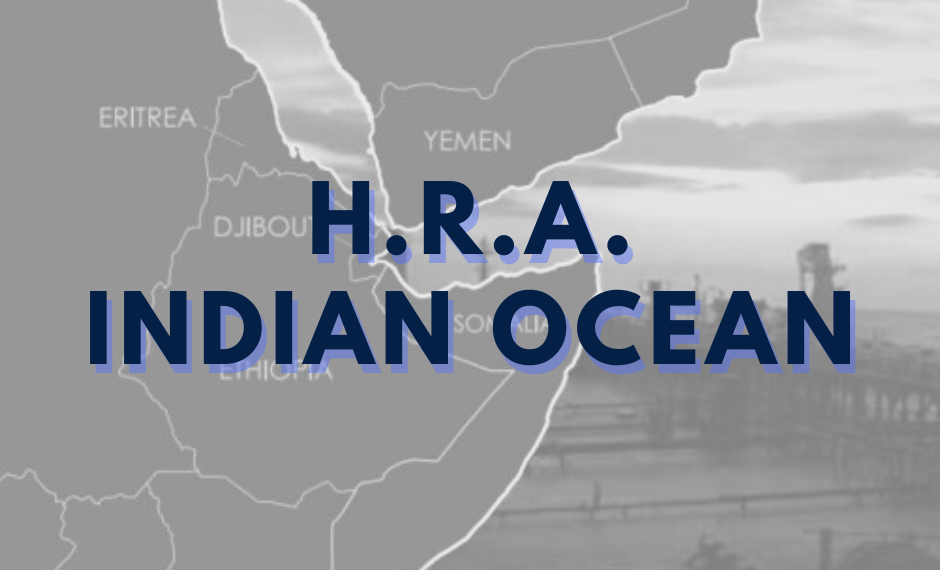 All vessels in the vicinity are to stay vigilant and to report any incidents to UKMTO.

All vessels are requested to inform UKMTO if any interference is noted on Radios, Radars, GPS.

All vessels in the vicinity are to stay vigilant and to report any incidents to UKMTO.

All vessels are requested to inform UKMTO if any interference is noted on Radios, Radars, GPS.

The relatives of the Greek sailors who are onboard of the two Tankers that were seized by the Iran’s
Islamic Revolutionary Guards Corps (IRGC) in Iran, are going through hours of agony with the assessment
that Iran’s attack has been in retaliation for the detainment of the Iranian ship in Karystos.
According to their information, the sailors are free inside the vessels to move in their cabins and in the
dining room.
“The crew of the two Greek tankers have not been arrested, and all crew members … are in good health and
are being protected, and provided with necessary services while on board, in accordance with international
law,” Iran’s Ports and Maritime Organization said in a statement carried by state media.

Iran’s seizure of two Greek-flagged oil tankers in Gulf waters is “a serious violation of international law,”
France’s foreign ministry said Sunday, calling for the immediate release of the ships and their crews.
“We call on Iran to immediately release the crews and vessels,” a French foreign ministry spokesperson
said in a statement.
“France reiterates its commitment to the rules of international law protecting the freedom of navigation
and maritime safety. We call on Iran to immediately cease its actions that contravene these rules,” the
statement concluded.
But Greece has condemned Tehran’s detention of the two ships as “tantamount to acts of piracy” and
warned its citizens not to travel to Iran.
The Revolutionary Guards – the ideological arm of Iran’s military – had said it seized the tankers “due to
violations,” without elaborating further.
Greece said one of the tankers had been sailing in international waters, while the second was near the
Iranian coast when it was seized.
Nine Greeks are among the crews, the Greek foreign ministry said, without specifying the number of other
sailors on board.

STATEMENT BY PETER STANO, LEAD SPOKESPERSON OF THE HR/VP.

We follow with great concern the unacceptable seizure of two Greek ships by Iran in the Persian Gulf.
We immediately raised the seizure and expressed our strong concern with the Iranian authorities about
these acts and call for speedy clarification, resolution and de-escalation.
Freedom of navigation and free flow of commerce are basic principles the EU stands for.
We are in very close contact with the Greek authorities on the situation of the vessel ‘Pegas’ under Greek
custody.

The two Greek tankers seized by Iran’s Revolutionary Guards on Friday have been ordered to sail to Bandar
Abbas on the southern coast of Iran on Sunday. According to information, the crews of the vessels are in
good health and have had their cell phones returned to them over the weekend to communicate with their
families.
The two were seized shortly after Tehran warned it would take “punitive action” against Athens over the
confiscation of Iranian oil by the United States from a tanker held off the Greek coast.
23 sailors are on board the Prudent Warrior, 15 Filipinos, 7 Greeks and 1 Cypriot. “We regularly contact with
the Master” Prudent Warrior’s Manager told TradeWinds.
Delta Poseidon, on the other hand, has 21 Filipinos and 2 Greek sailors.

PLAKIOTAKIS ON “PIRACY” IN IRAN.

“The attack against the two ships under the Greek flag, is a blatant violation of the rules of international
law and is equivalent to piracy,” said the Minister of Shipping and Island Policy Giannis Plakiotakis.
“The Foreign Ministry has taken a very strong step towards the Iranian ambassador since yesterday,
emphasizing that this action strengthens bilateral relations, but also Iran’s relations with the European
Union, which was immediately informed.
The crew members of the two ships, according to our latest communication, are in good health.
“In close cooperation with the Ministry of Foreign Affairs, we are doing everything possible to free the
sailors and ships.”

Greece has warned oil tankers and other vessels flying the country’s flag to avoid seawater near Iran
following the seizure of two Greek-flagged oil tankers by Iranian forces last week.
Ioannis Plakiotakis, Greece’s Minister of Maritime Affairs and Insular Policy, told the Financial Times that
he had issued a “strong recommendation” to ships flying the Greek flag to avoid all “seawater under Iranian
jurisdiction” in a move that had the potential to destabilize tanker markets at some point. where oil prices
were already at their highest level in a decade.
Greece is a shipping hub with almost a quarter of all oil super tankers flying its flag. The Strait of Hormuz,
which separates Iran from the Gulf states, is only 21 miles wide at its narrowest point, accounting for
about a third of all seaborne global oil trade daily.
The guidelines from the Greek Ministry of Maritime Affairs and Insular Policy, although they do not live up
to a direct ban on ships flying the Greek flag navigating through the Strait of Hormuz, are likely to
nevertheless lead to greater caution on the part of tank operators in allocating ships to Middle Eastern
routes.
Shipping companies, including the owner of the cautious warrior seized by Iran, said they were asking for
further guidance from the Greek Ministry of Maritime Affairs and Insular Policy. Other tanker operators
said they were already assessing the safety of operating in and around Hormuz.
“Following the seizure of the two Greek flagships, we are reassessing the security of the Arabian Gulf,” said
Panos Dimitrakopoulos, CEO of Signal Maritime, a commercial ship management company based in
Athens.
Ship analysts said that owners of Very Large Crude Carriers under the Greek flag – among the largest and
most common supertankers, capable of transporting more than 2 million. barrels – probably will not risk
their ships on Middle Eastern routes.

Daily shipping prices for VLCCs are in negative territory, meaning there is little incentive to put them at risk,
with prices pressured by a slowdown in purchases from China amid Covid-19 lockdowns.
Conversely, rates for small and medium-sized tanker markets have been strengthened by the shift to trade
flows following Russia’s invasion of Ukraine, with smaller tankers in high demand for short-haul routes in
the Atlantic basin.
“Every Greek owner wants to think twice before entering the Middle East,” said Richard Matthews, head of
research at EA Gibson Shipbrokers. “While the reaction has been subdued in the tanker markets so far, the
Greeks are the largest tanker owners in the world, so the industry will follow closely.”
The global oil tanker market has already been disrupted since Russia’s invasion of Ukraine. Many oil
traders have rejected ships from Sovcomflot, the state-subsidized Russian company that is the largest
owner of medium-sized oil tankers in the world.

Last month, Athens seized the Russian-flagged Pegas oil tanker – subsequently renamed Lana – to
transport sanctioned Iranian crude oil. US authorities are reported to have taken the Iranian crude oil from
the tanker last week.
Iran has indicated that its action in the seizure of the tanker was primarily designed to deter other
countries from helping the United States seize its oil, which has been under sanctions by Washington since
the United States left the 2018 nuclear deal.
“Our bond [ with Greece] must not be hampered by deeply short-sighted miscalculations, including highway
robbery at the behest of a third party, “Saeed Khatibzadeh, Iran’s foreign ministry spokesman, said in a
Twitter post on Saturday.
The statement came after Iran’s Tasnim News Agency, affiliated with the Islamic Revolutionary Guards
Corps, said on Friday that 17 other Greek tankers were in Gulf waters, which could be seized by elite forces,
“if Greece continued its game”.

In 2019, the UK hosted British flag tankers convoys sailing through the Strait of Hormuz following the
Iranian seizure of Stena Impero, an oil product tanker sailing under the Red Ensign.

Unnoticed, robbers boarded an anchored bulk carrier by pulling down the razor wire. They broke into the paint store, stole ship’s stores, and escaped. The theft was noticed by the duty crew on routine rounds. Port control informed.

Masters are encouraged to comply with Bet Management Practices West Africa (BMP WA) during their presence in Voluntary Reporting Area (VRA). Vessels advised to maintain strict anti-piray watch and measures. Furthermore, no vessel has been highjacked, while is under Security Escort Vessel (SEV) servise support or with an armed onboard security team.

On the 19th of May at 0830 UTC UKMTO received a report of an attack against the sailing trimaran LAKOTA, south-east of the Yemeni port of Hodeidah in south Red Sea close to the strategic Bab-el-Mandeb Straight. The boat was reportedly sailing close to the Yemeni shore due to navigation hazard. Three boats, with five person on-board with civilian clothes, reportedly approached the Hong-Kong-flagged sailing boat, firing around 20 warning shots and displaying Rocket-propelled grenade launchers and assault rifles. One of the assailants managed to board the vessel. Using evasive measures, the sailing vessel managed to escape and the crew is safe on-board SV LAKOTA.

The incident may prompt short term disruption to shipping and other maritime transport through Red Sea, Bab al-Mandab, and the Gulf of Aden.

On the 17th of May at 1650 UTC UKMTO released information that a Merchant Vessel reported being approached by two skiffs. The MV executed anti-piracy procedures and lost sight of the skiffs in part due to darkness, visibility, and part due to the skiffs turning off their lights. They were later observed less than 100m aft of the MV, finally the skiffs left. The vessel has Private Maritime Security on board. The ship and crew are safe. Vessels have been advised to keep clear of this position and exercise caution if in the vicinity.

On the 10th of May MDAT – GOG confirmed that on the 6th of May 2022, at 1924 UTC, two intruders were sighted on the deck of an MV at berth at Matadi Port. They fled on a craft with a third person with vessel equipment. Crew safe.

Masters are encouraged to comply with Bet Management Practices West Africa (BMP WA) during their presence in Voluntary Reporting Area (VRA). Vessels advised to maintain strict anti-piray watch and measures. Furthermore, no vessel has been highjacked, while is under Security Escort Vessel (SEV) service support or with an armed onboard security team.